Deployment of OpenWhisk projects with many actions

In the past few months I was working on some Apache OpenWhisk projects for my own. In this blog post I'd like to share the experience I made with OpenWhisk when it comes to deployment of larger projects with more than just a few actions.

For this post I will focus on Node JS actions and OpenWhisk provided by IBM Cloud Functions. Other languages and other providers are quite similar.

The first things you need to think about when you are going to automate deployment processes are how you can execute build, packaging and deployment steps programmatically. OpenWhisk provides a handy RESTful API to execute all tasks you can imagine. This RESTful API can be used indirectly through the the OpenWhisk CLI as well as the OpenWhisk NPM package.

When I started I was using the CLI to deploy my actions, in the most simple case when you just have a single javascript file you can deploy it as follows:

As long as you're action can be coded in a single file and doesn't require an additional dependency which is not provided by OpenWhisk by default, you can use this simple deployment for a single action. Sooner or later actions becoming more complex and you require multiple files or additional dependencies, in that case you can package actions including node_modules as ZIP file before creating an action.

Actually, I recommend to always use a package.json and the ZIP deployment to ensure that your dependencies are always in the version your code expects. The disadvantage of the ZIP packaging is that the upload time increases during deployment. This comes uncomely when you have many actions in your project.

When projects are getting more complex, more than just a few actions and maybe multiple packages need to be handled during deployment. A complex project may have a structure as follows:

Starting simple, for deploying the whole project one could create a script as follows:

This approach has a few disadvantages:

Thus I created a shell script for myself to deploy a whole OpenWhisk package at once:

This script is at least somehow generic and it doesn't fail if the package or the action already exists. But still we're facing some disadvantages:

I lived for a while with these disadvantages, but as projects were getting more and more complex and I spent too much time due to these deployment disadvanatges I started to create a smarter tool for deploying my actions: openwhisk-action-manager. This tool basically is an enhanced version of the shell script above, to name some of its features:

The main enhancement this tool gives you, is that it can detect if an action needs to be updated or not. This is done by calculating an MD5 hash before uploading the action and attaching the value as OpenWhisk annotation to the action. When the deployment runs the next time, the new calculated hash is compared to the one stored in the action's annotation.

With openwhisk-action-manager the deployment of multiple actions is straight forward, in the example above we can do the following:

If you're interested, check the docs of openwhisk-action-manager on GitHub.

As of now there is much open space for tooling around OpenWhisk, especially when it comes to more complex application architectures. When I started I also had an eye on the serverless framework which also offers an integration to OpenWhisk; but I was not really happy with the functionality and from my point of view it didn't fit well to OpenWhisk - This might have changed in the meantime.

The good thing about OpenWhisk is that it's quite simple to write scripts and tools for it due to it's open nature and architecture which relies on open standards and interfaces. 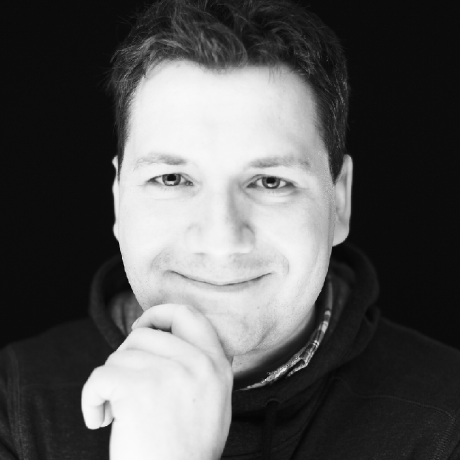